Archive for the ‘BC Real Estate’ Category

Posted on: October 18th,2019 By Realtor
Posted in BC Real Estate | No Comments » 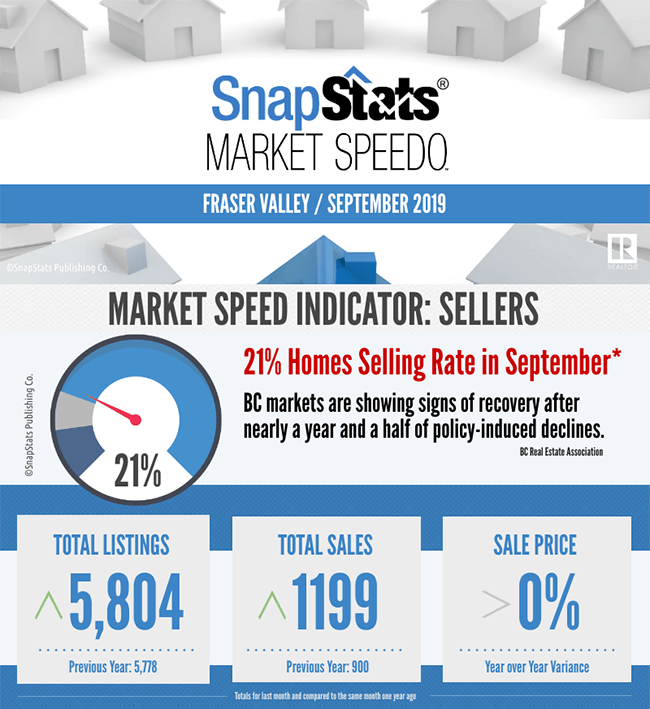 The market continues to show improvement for both buyers and sellers. Prices have stabilized after 3 years of chaos and the in the recent months the amount of transactions have continued to increase.

Posted in BC Real Estate | No Comments »

Despite slight increases to both active and new inventory in the Valley, overall supply in February remained well below the ten-year average for the month historically.

Of the 1,385 sales processed last month 336 were townhouses and 379 were apartments, together representing 52 per cent of all transactions in February.

“Attached apartment inventory in particular has struggled to keep up with the shift in demand we saw prominently throughout last year,” said John Barbisan, Board President. “Without sufficient supply, it has become increasingly challenging for buyers looking to enter the market at that level.”

Active inventory for the Fraser Valley finished at 4,340 listings last month, increasing 9.5 per cent month-over-month, and decreasing 6.6 per cent when compared to February 2017. The 10-year average for February active inventory is 7,487 units.

“With the sales-to-actives ratio for townhomes and apartments at 67 per cent and 75 per cent respectively, sellers can expect interest if they price their homes effectively. Talk to your REALTOR® who can evaluate your local market and find the right price point for success.”

For the Fraser Valley region the average number of days to sell an apartment in February was 13, and 16 for townhomes. Single family detached homes remained on the market for an average of 38 days before selling.

Posted in BC Real Estate | No Comments »

The practice commonly known as double ending or dual agency has come to an end. No more will realtors be allowed to represent a buyer and seller on the same transaction. This is a practice that has been going on for many years and raises some serious concerns, but the rules are the rules and all realtors must abide by them.

I do not agree with the change but as mentioned above we will adhere to the rules and work within the guidelines. I looked back through my 2017 deals to see how many conflicts I would have had and there were several. One in which was very troubling. I listed a property and emailed my database. The sellers did not want the chaos of open houses and were hoping if they priced it well they would have minimal disruption in their lives and would secure a good offer. That is exactly what happened. A good client of mine who I have known for 15 years wanted to view the property and in turn they purchased the property.

Given todays new rules, I would have had to explain why I could not represent this buyer I had worked with almost a dozen times and how I would have to refer them to another agent who they would likely not feel as comfortable with. I am not sure how this works out fair for both buyers and sellers (both should be allowed to pick their agent of choice) but it is the rules.

A look at the past from 2011 (http://www.rodfriesen.com/abbotsford-real-estate-market-heating-up-jan-2011/)

Below are the April Stats for the Fraser Valley and Vancouver. This is Detached Monthly Home Stats 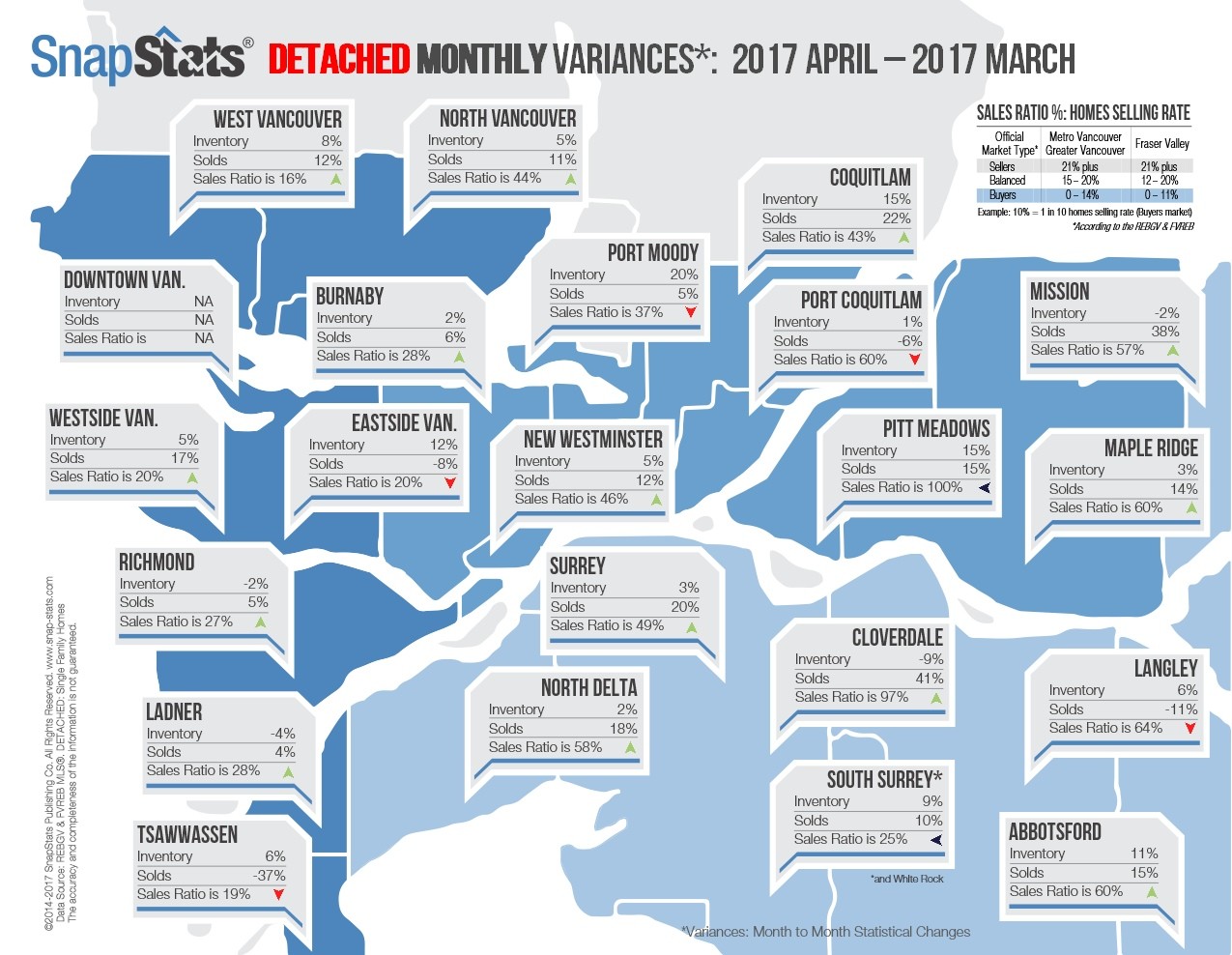 Below are Attached Monthly Home Stats 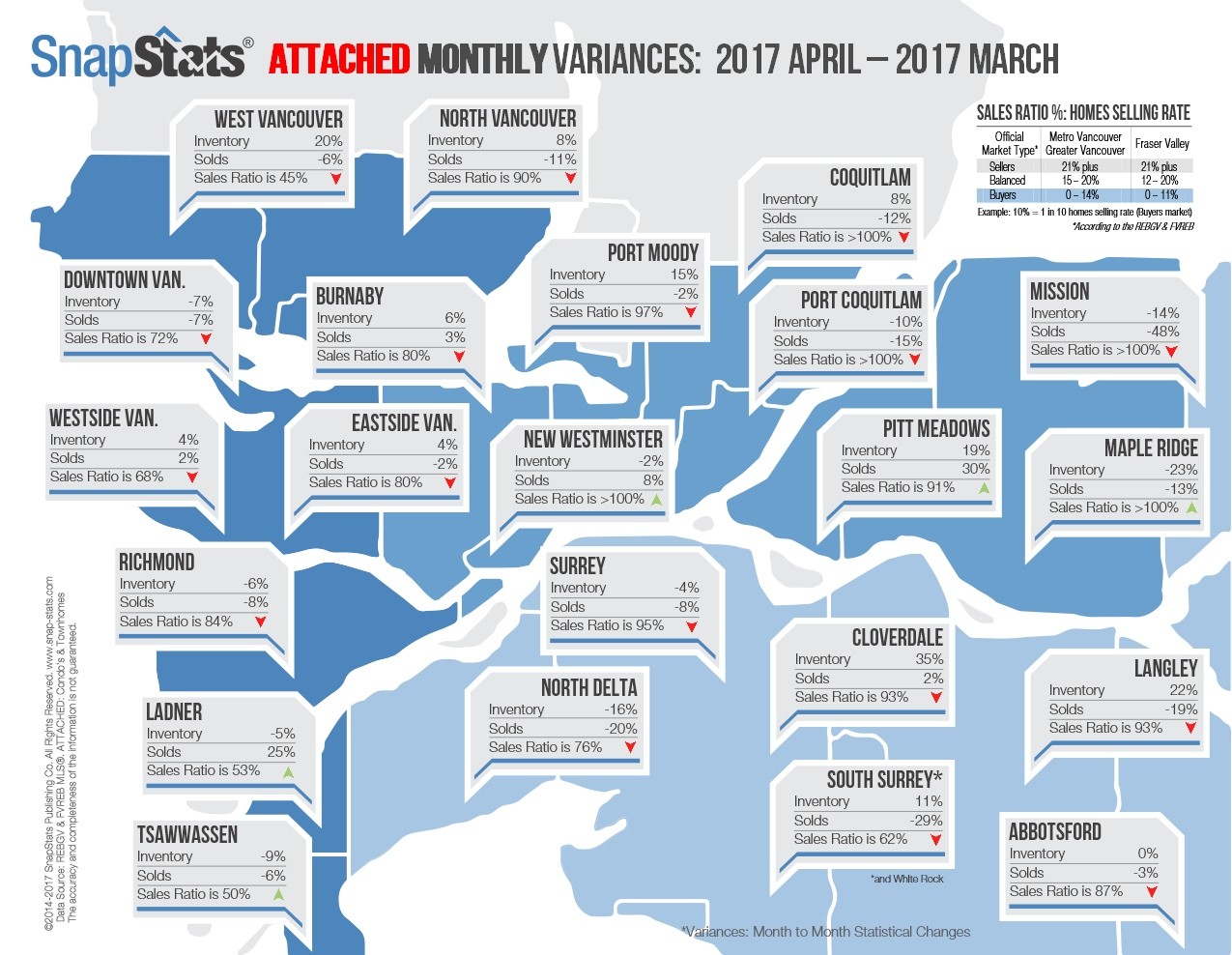